One of the best examples of Tigullio's courtly residences at the end of the century. 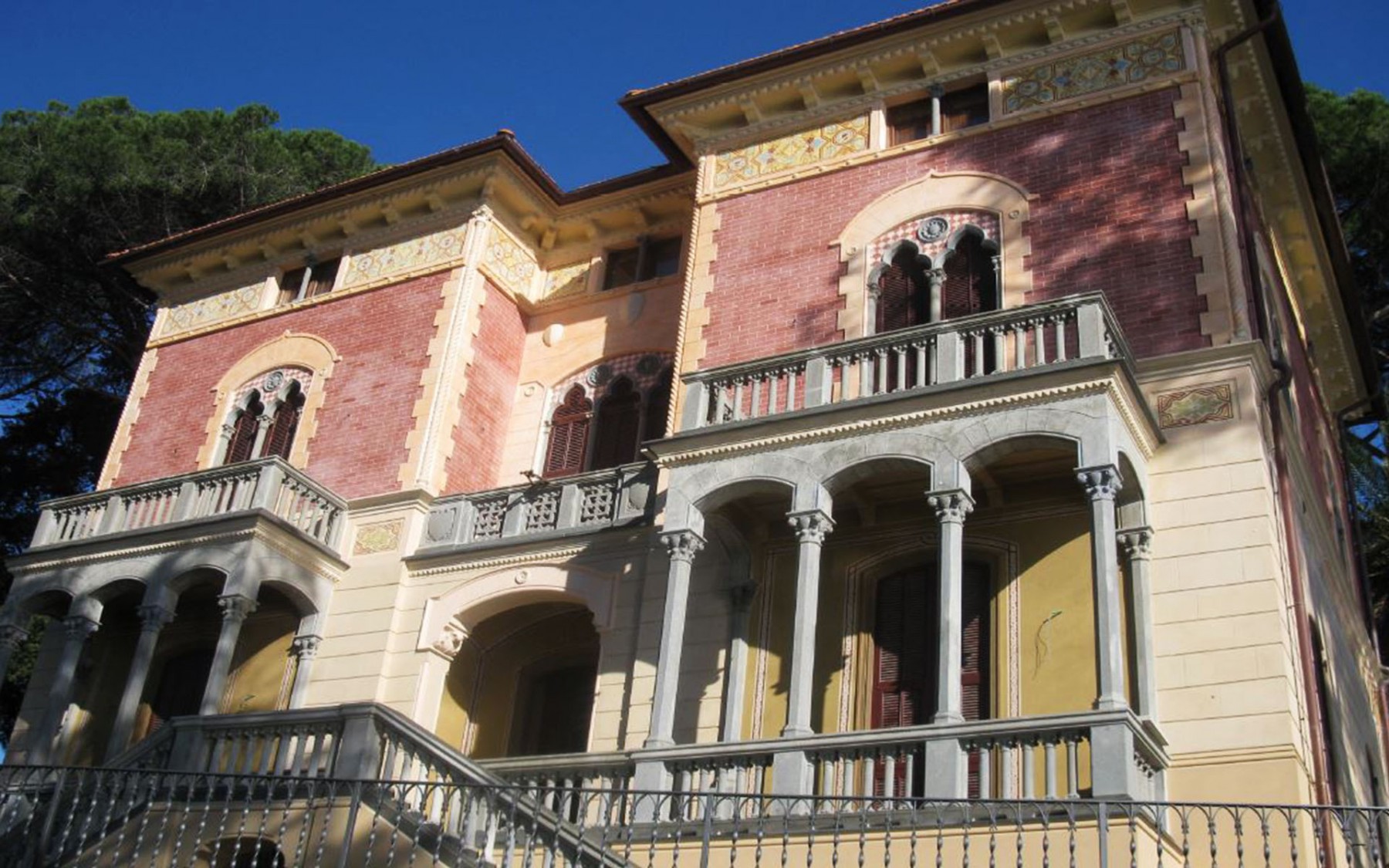 The property, located in the municipality of Zoagli in Via Aurelia Orientale No. 364, called Villa Edoardo, is part of a group of three buildings, all with similar architectural characteristics, which were built at the end of the nineteenth century by the Carlevaro family for three sons on an organic project of intervention aimed at creating a residential sector of particular value for the whole family. Villa Edoardo was certainly the main residence of the nucleus while Villa Enrico and Villa Alessandro were built later. We do not know the architect , but from an analysis of the compositional characteristics and above all from the exuberant eclectic decoration that appears on the three Villas you can certainly assign the project  to some important exponent of the architectural landscape of the late nineteenth century that had in the Riviera of Levante and in particular in the surraunding of Rapallo great exponents.

In the specific Villa Edoardo of which to the object, it constitutes a particularly rich and complete example of decoration both in the external paraments, and in the succession of frescoed rooms in tempera inside, with richly decorated Venetian floors. The presence of loggias and plastic elements in cement conglomerate reinforces the characteristics of a "local" product, bringing it closer to the best examples of late-century court residences in Rapallo, Santa Margherita, Zoagli, etc.

The Villa had been abandoned for several decades following family disputes. Thanks to the good materials used to build it, it was in good condition with the exception of the roof that had suffered damage due to the collapse of some plants on it. Despite this, the richly decorated ceilings and the beautiful floors have been preserved in good condition so much that they could be restored and brought   to their former splendor. The park around is set according to the usual eclectic planimetric schemes, with valuable essences such as palms, pines, holm oaks, etc., all essences already present in the area. The situation of complete abandonment, over forty years, required a major intervention aimed at the general reorganization of the once single-family property, now divided into five units with large parking lots in the garden and a condominium pool.

As regards the more specifically historical aspects of the site, it is found that the Villa Edoardo Carlevaro was, during the years 1927 -1930, residence of the Nobel Prize for literature (1912) Gherard Hauptmann, German poet and playwright who writes during the his stay in Zoagli the drama "Dorotea Angermann" and a version of Hamlet illustrated by the famous Gordon Gray. In 1930, Hauptmann worked, still at Villa Edoardo Carlevaro, on the novel "Libro delle Passioni". On the whole, the building, both in its more architecturally architectural aspect and in the environmental landscape context, represents, also in relation to the other two Villas of the sector, already restructured for some time, an historical and artistic complex of undoubted relevance and interest.